I have to admit there is some nice effects with this renderer. You can grab it here LINK---> or in the attachment in this post.

HOW TO INSTALL:
1.Copy the following files from the Common folder: D3D11Drv.int , Effects11.dll and d3d11drv folder to game /system folder.
Remember to delete previous version of d3d11drv folder.
2.Copy appropriate d3d11drv.dll file depending which game you have installed (from Unreal Tournament_436 folder or from Unreal Gold_226 folder or from Unreal Gold_227i or from Rune folder or from DeusEx folder) and a tessellation.cfg file to game /system folder.
3.If you are launching the game for the fisrt time then select D3D11 Renderer.
3'.Alternatively go to preferences with tilde(~) button to open up the console and type preferences then change renderer to DirectX11.
3".Or edit game's .ini file (Unreal Tournament.ini or DeusEx.ini or Unreal.ini or Rune.ini or Khg.ini) which resides in /system folder.
Change the following line in [Engine.Engine] subsection to: GameRenderDevice=D3D11Drv.D3D11RenderDevice
4.INSTALL NORMAL AND HEIGHT MAPS FOR A GIVEN GAME !.
So far I made them only for UT 99 and for Unreal Gold. They can be downloaded here: Moddb.com
Berzerker created recently those maps for DeusEx, grab them from here: Moddb.com
5.Play the game and enjoy

version 1.6.1 hotfix
1.Fixed screen freezing on some machines when SSR=False and Tessellation=True.
2.Fixed some skybox decorations being visible through world geometry (mostly in custom mods).
3.Fixed transparent object stretching in DeusEx during cutscenes.
4.Fixed some water not having ssrs (like in DOM-WolfsBay).
5.Added new option SSRNonTransparentWater when set to true all water with SSR=True becomes non-transparent and reflecive.
6.ASSAOContrast can be lowered to -0.5 to further lower ASSAO.
7.Updated tessellation.cfg for Unreal Tournament to cover all decals on NW3UltraGore mod.
8.Normal map panning in small water pools has been accelerated.

version 1.4:
1.Added support for Star Trek: Klingon Honor Guard
2.Added support for Harry Potter and the Philosopher's Stone
3.Fixed a bug in DeusEx with CCTV camera interface not displaying properly
4.Fixed a bug in DeusEx with ASSAO where characters had black shadows on their faces.
5.Added new option SSRModelIntensity to customize reflections affecting models only.
6.Fixed a bug in Unreal Gold where maps with fullscreen fog maps displayed no textures.
7.Potentionally fixed a memory leak causing lens flare corruptions and crashes in drawTile().
8.Added option FastAltTab for players who frequently switch between the game and the desktop.
Unfortunately turning this option on via preferences menu causes black screen bug and requires you to restart the game.
You will also get this bug if you press ALT+TAB and then change any settings in the preferences.
9.Fixed tessellation causing flickering screen in WOTS mod for UG and UT.

version 1.3:
1.New vastly improved ray-tracing algorithm for SSR. Now reflections also affect far distances from reflective surfaces.
Turned on reflections on models like weapons and non-transparent water bodies.
2.Added new option SSRIntensity to customize reflections intensity.
3.Fixed a bug in DeusEx where SSR and ASSAO worked only during cutscences.
4.Fixed a bug when disabling Tessellation decals like blood showed pixelated.
5.Unbound process affinity from 1st core to arbitrary one.
6.Fixed a bug with screen brightness when wallmark is being drawn.

version 1.2:
1.New ambient occlusion algorithm ASSAO (on highest quality preset) instead of the old HBAO. It is simply faster and much better.
More information here: Software.intel.com
2.Added full support for patch 227i for Unreal Gold.
Almost everything works here except from high-res shadow support.You can also use UnrealHD 2.1 skins mod from Lightning Hunter with tessellation enabled.
3.Added Screen Space Reflection shader which is disabled by default because too many surfaces reflect light and the reflections sometimes gets distorted.
It is still better than using Reshade or some postprocessing program. You can enable it by changing SSR=True in preferences menu.It will get improved in the future.
4.Added HDRFilmicTonemapping which produces better contrast/color warmth in HDR using complex interpolation polynomial instead of simple Reinhard approximation.
5.New option to give brighter looking environments and skyboxes.
I recommend to default HDRLuminance back to 0.5,,HDRBloom 0.2,HDRFilmicT to get the best image quality and experiment from there.
Or you can go back to version 1.1 HDR look by setting HDRFilmicT and />6.New option FullMeshLOD. It is equivalent to typing "mlmode 0" in the console. Disables mesh level of detail so meshes are drawn with full detail even at high distances.
It may have negative impact on performance and can get rid of some tessellation artifacts.
7.TessellateOnlyInCFG tessellation only affects meshes in .cfg file while other meshes won't get tessellated. I recommend to disable it unless you play on heavily customized map with many bad-looking models.
8.tessellation.cfg file got updated to support mods like : OperationNaPali,ChaosUT,NaliWeapons.Weapon models also have less "mesh morphing" artifacts.
9.Fixed displaying decals like bullet holes and blood spats,bleeding skyboxes,ambient occlusion bugged coronas and explosions and many more..

version 1.1:
1. Added new tessellation.cfg file in which user can define how much tesselation affects a mesh.( a factor from 0 to 1).
As not all meshes are/were made with tesselation in mind (not appropriate shape or per vertex normals) so I added a file which describes how much to tesselate a particular mesh.
In each line there is mesh material name and a tesselation factor separated by spacebar. Please edit this file to your likings or add new lines to it

FAQ:
Q.Why do I sometimes see holes inside meshes or on mesh edges ?
A:Unreal Engine 1 was developed in late 90's when graphics cards couldn't do backface culling in hardware.
So the engine sends only visible polygons which face the viewer(for example facing hemisphere instead of full sphere).
Tesselation makes surfaces more curved so holes between polygons become exposed to viewer's eye.
We are trying to fix this with new Unreal Tournament patch 469 : Oldunreal.com
If you do not like these artifacts then disable Tesselation in .ini file. ( Tesselation =False in [D3D11Drv.D3D11RenderDevice] subsection)

Q:My mesh from custom Unreal mod looks weird and infalted like a baloon ?
A:Add a line to tessellation.cfg file with mesh material name and a desirable factor. You can find mesh material's name in UnrealEd editor.
You can also lower TessDefaultFactor so meshes not covered by the file will have smaller tessellation applied to them.

Q I have 400fps on old OpenGL renderer but only 200fps on this one ?
A: The purpose of making directx11 renderer was image quality.
SSR is the most computational technique used in this renderer.
ASSAO is very expensive as I need to render to multiple render target views and linearize depth buffer in realtime to overcome Engine limitations.
Parallax mapping also takes some framerate down on near camera surfaces.
Remember also that Unreal Engine 1 does transform and lightning in software, streams vertex data in realtime so CPU mapped buffers are the only option.
For low-spec systems try to disable features in the following order:
SSR=False
Antialiasing=1
FullMeshLOD=False
UnlimitedViewDistance=False
ASSAO=False
VolumetricLighting=False
ParallaxOcclusi />HDR=False
BumpMapping=False
Anisotropy=4
the rest has small impact even on integrated graphics

Q:Will you upscale GUI in Harry Potter so it isn't cut in higher resolutions than 1280x1024 ?
A:Unfortunately I won't do that as this still would require you to click off the screen to select the desired option. The controls wouldn't be coherent with their visuals.

Q:Will you add tesselation.cfg to Star Trek: Klingon Honor Guard ?
A:This game doesn't present any texture/model name to the renderer module.
Therefore no proper tesselation support can be achieved even in the future. Either no texture overrides like .bump or .height maps.

Q:Renderer doesn't work with Rune Classic edition.
A:Yes, However it works with Rune Gold edition, Rune patch 1.07 and HoV edition so try these instead.

Q:Renderer doesn't work with Unreal Tournament patch 469.
A:There haven't been public headers files released yet so I cannot port my code to this patch.
The developers promised to do that: Oldunreal.com so as soon as they release them I will add support for this patch.
For now stick to 436 or 451 and uninstall 469.

Q:I messed up with the settings and the game no longer starts.
A:Delete all [D3D11Drv.D3D11RenderDevice] subsection from the .ini file. The game will create a new one with the default settings. 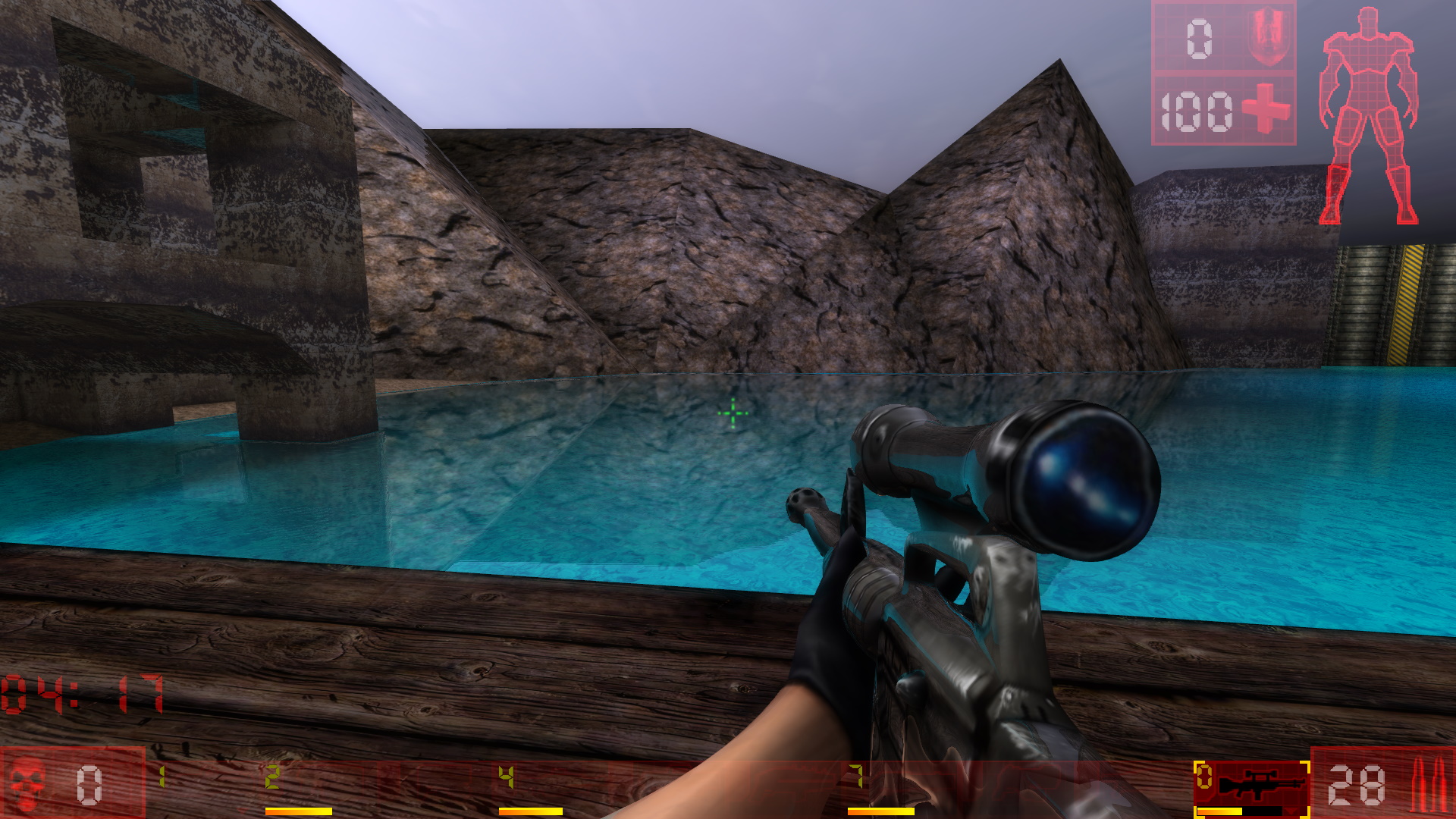 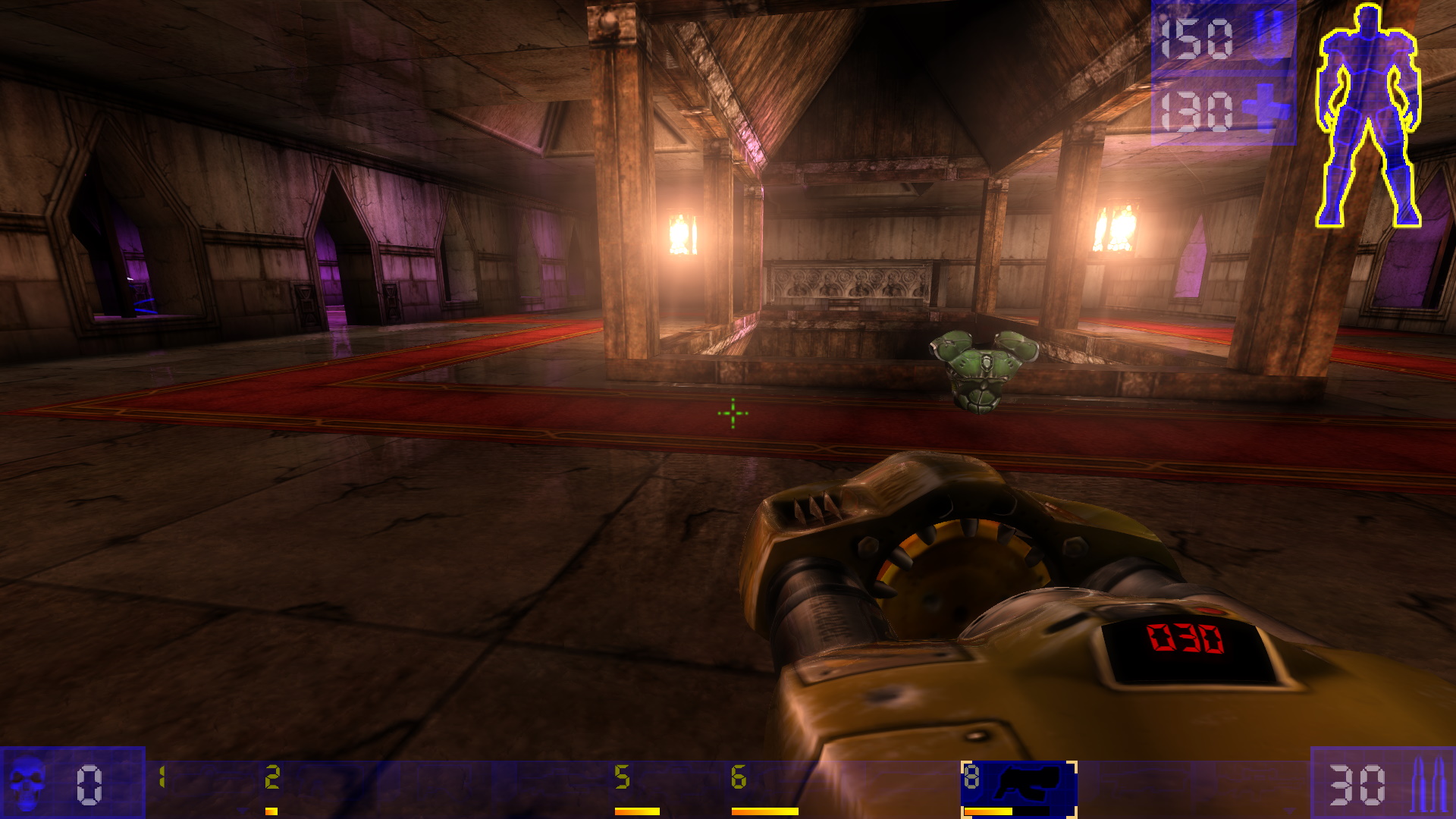 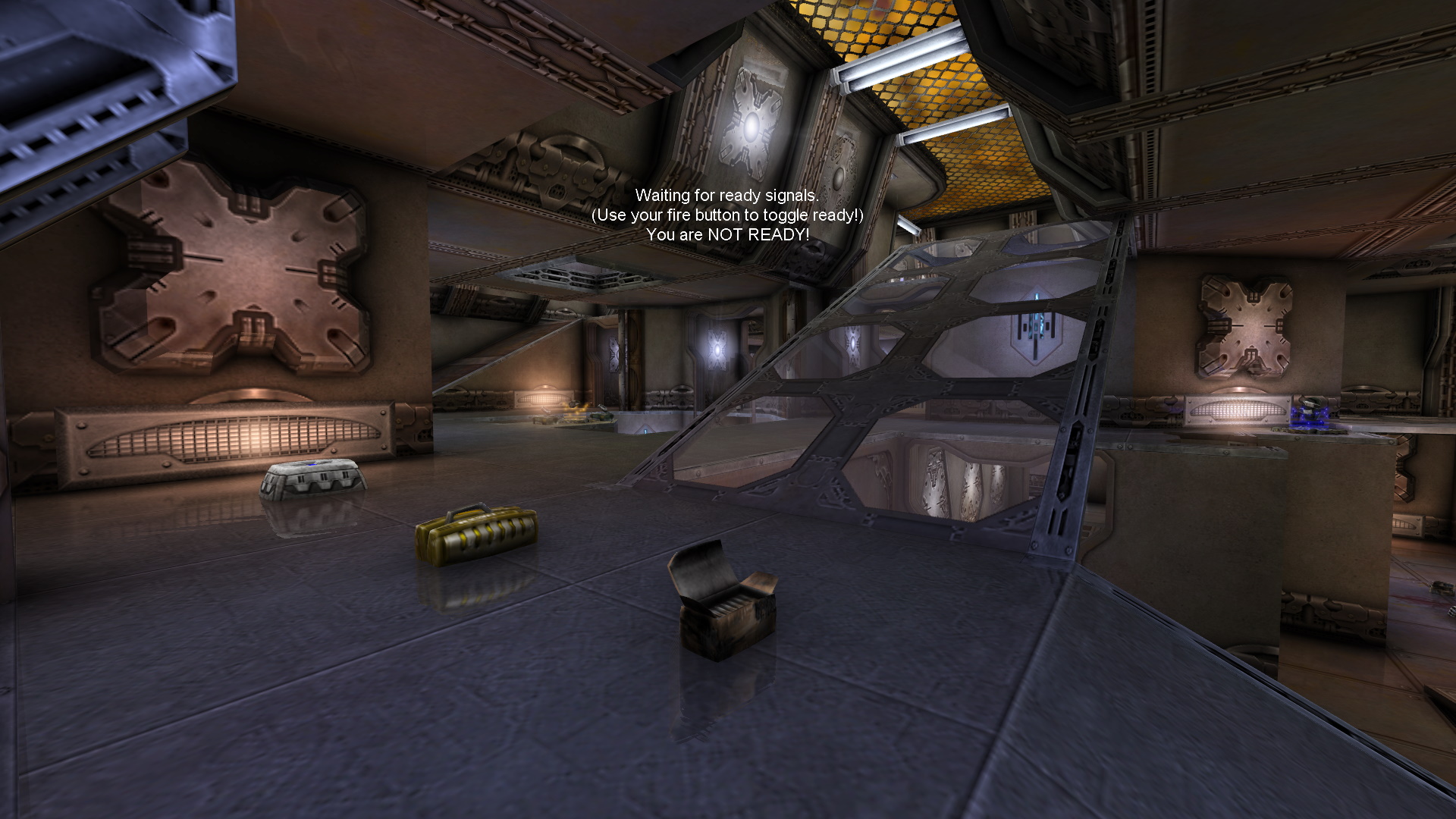 Added to my UT99, And I admit its impressive, and it makes good effects in my maps, special mention to the floor reflecting the área.

The only think I dont like is that my sprites for the items will show the black box instead of keeping them masked. But at the same time it makes it look like a aura when you get close or away.
My Maps -> https://ut99.org/viewtopic.php?t=12288

Here is a good walk through on this renderer.

Most players know that v451 was never for client side compatibility.
Top