I didn't get into UT forums, didn't even know they existed, until 2011. Since then I've joined many and plundered dead forums for anything good that never seems to make it out to the rest of the UT-community. 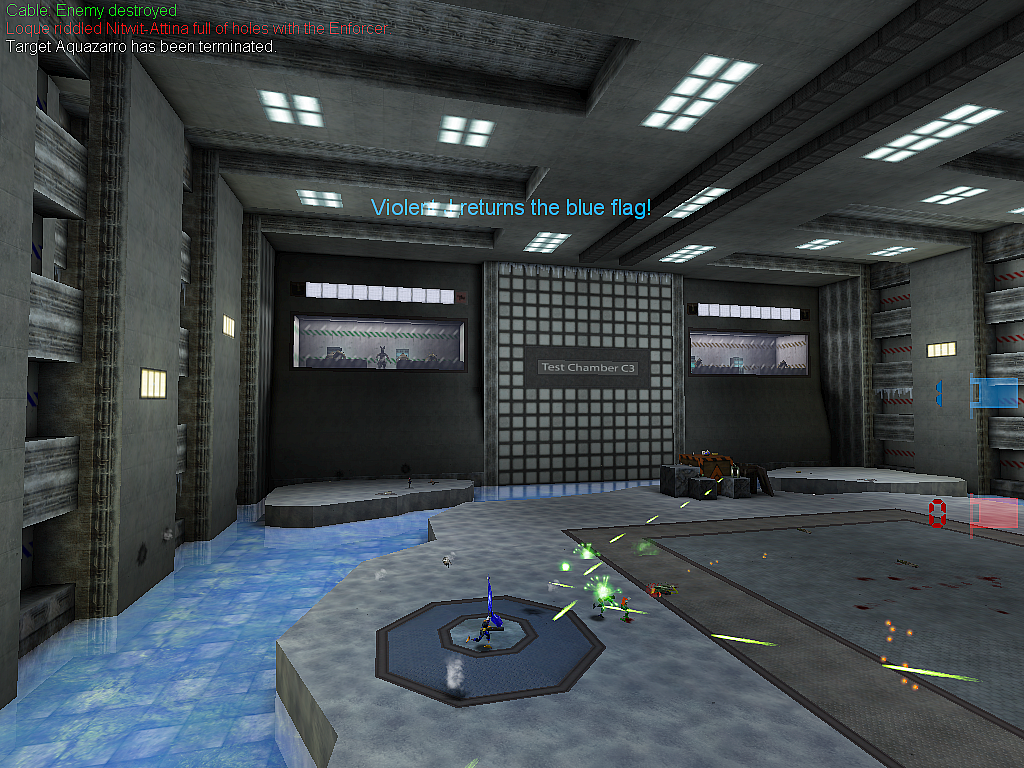 http://fragunit.com/forum/index.php has been fairly dead for awhile, with a little activity every so often, and this map I found there. It's beautiful, but it had issues:
· Bots spawned in on the outer islands didn't really have any means to get to the play area, most often falling in the water and dying.
· Walls on either side were all marked red, even on the blue side.
· Observation booths with no observers in them.
· Other assorted pathing issues.

I placed observers in the various booths, Skaarj on one side and Nali and Mercenaries on the other. View isn't great from the players' perspectives, but it looks like they're busy up there... 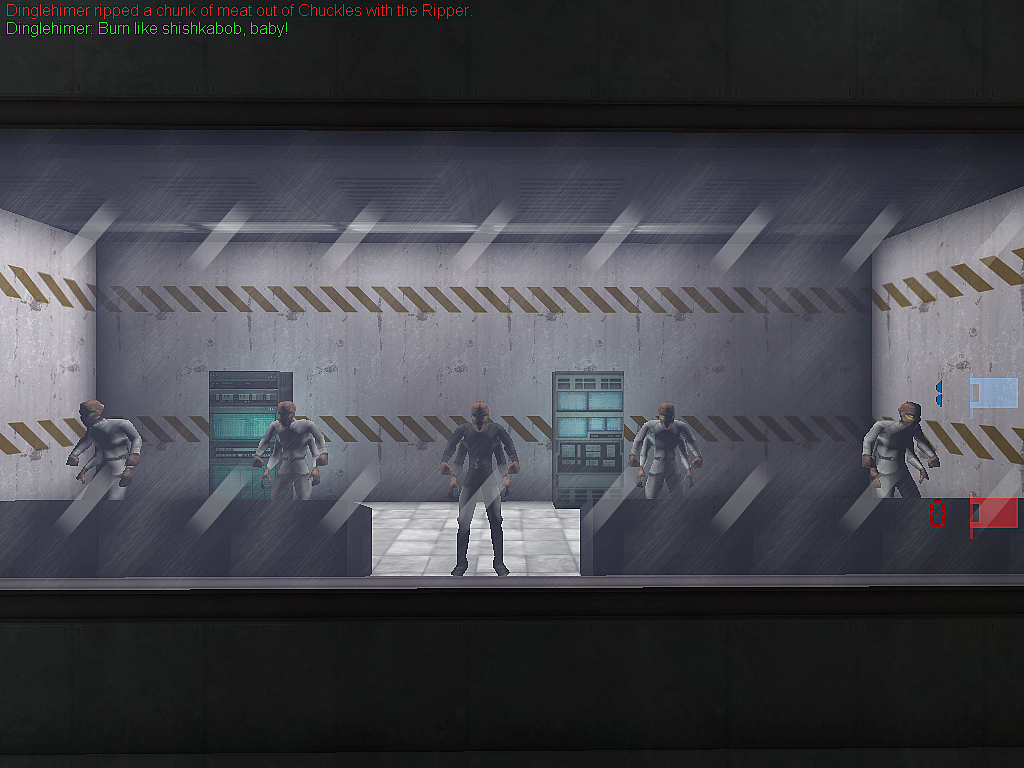 ...and I clothed the Nali, they always seem so unhealthy. Got the skins for their outfits from a project Leo(T.C.K) presented awhile back.

Nelsona enhanced the bot pathing and installed custom jump-pads where needed on the islands. 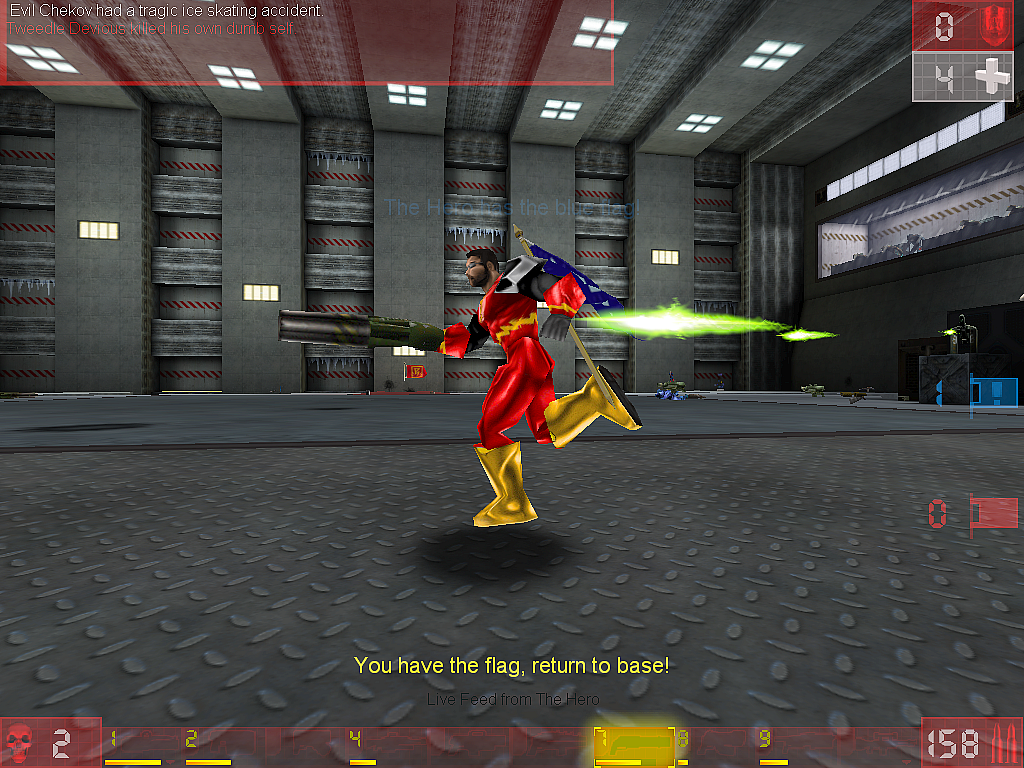 Combat in the center is interesting. I installed auto-cannons on the left and right sides of the play area, assigned to neither team. Players need to get to the middle area as that's where the flags are and dodge fire from both sides while also fighting memebers on the opposing team.