Ok, i am doing some stuff to play UT99 with v469(removing all system folder files and start over), i have access to the servers and when attempt to play in Evil server, i got this error 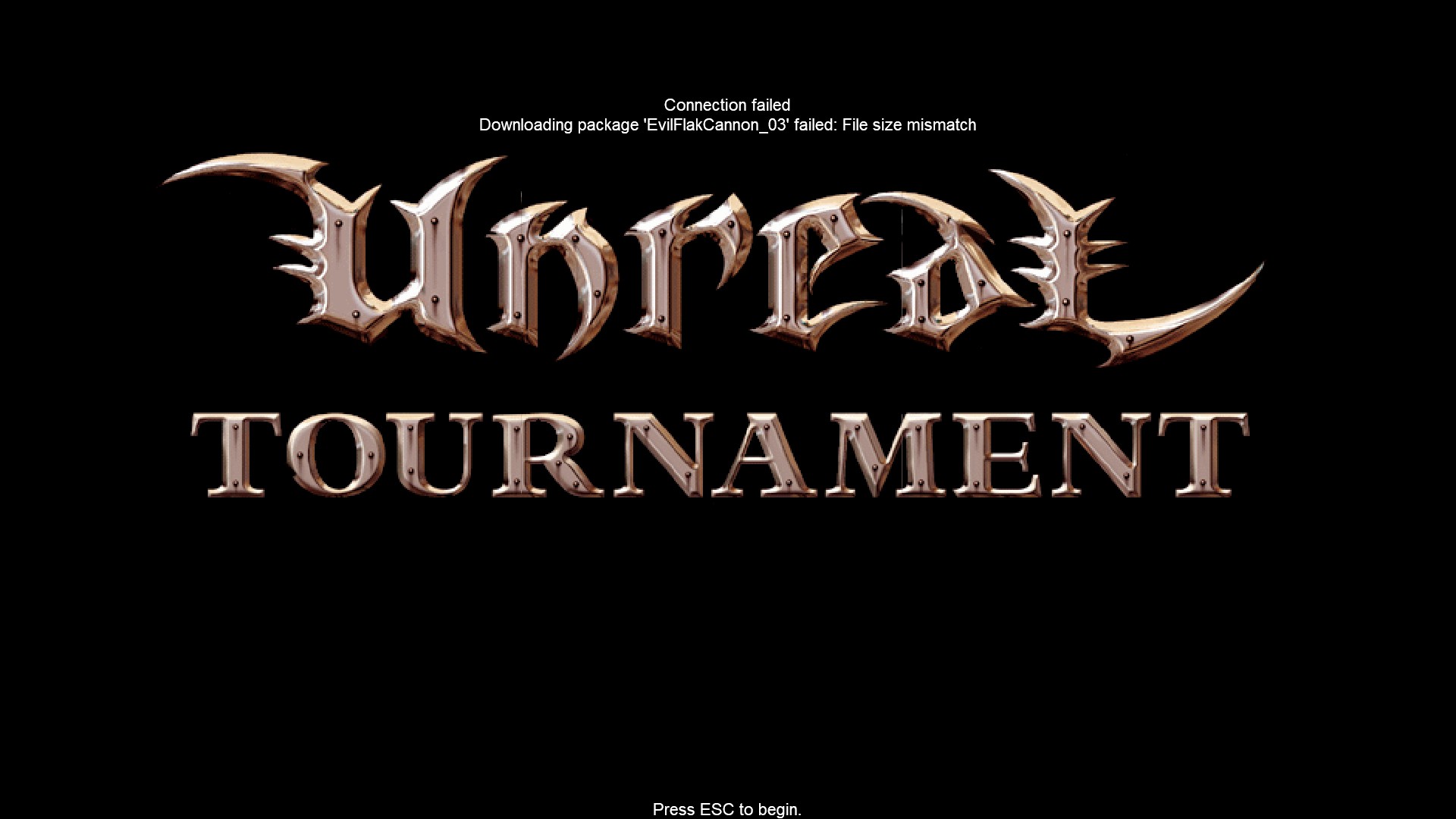 Interesting... so they worked to ruin the thing with conformed packages - exactly what I said before. I don't get "fixes" in here, they worked like that all time.
That mod was crashing/freezing server randomly depending on map, a few months ago I conformed another package and all was good. And now, we do have a sudden problem with conformed packages, I'm curious when they are going in a total ruin to make ALL player to forget this update.

Redirect has a file but server has another one, fixed. Technically they are compatible and player should be capable to use file from redirect, but... this is a deja vu to me a la Higor... which was capable to keep his MH proto Server EMPTY due to "fascinating" deal with packages. So they worked to fix mismatches - yeah, no doubt...

Last resort would be to replace file from redirect... but this is not an answer at that fixed 469...

Edit: In my stupid logic I'm just wondering - If you have an Uber High Speed Engine channel for sending files and you don't like whatever download from redirect, then why not downloading stuff properly directly from server ? - is an XC server after all capable for high speed downloads. This error doesn't make any sense, packages are conformed and if not, client must be served directly from server. WTF !?

Anyway, Nelsona right now has to work again for mitigating UBER C++ scripts more exactly updating redirect or else this "smart update" goes dumb for reasons which are hilarious. Reaction could be like in 404 case for redirect. File is not good and so required files doesn't exist, download it directly instead of idiotic rejecting. For similar packages but different generations this error makes no sense at all - they are COMPATIBLE as demonstrated already.

Why It's frustrating ? For reasons:
- this is not part of some Video Card, Audio Card etc - so this could be tested BEFORE any public release;
- why still not using High Speed Download Channel in case of ANY CLIENT ERROR and why implementing "messages" (trash spam) for rejection instead of sending the right file directly from server like DEFAULT UT DOES ?

Until I'll solve redirect, you can submit bugs at GitHub - THIS IS A CRITICAL problem not a joke, toying with packages is a cheap hazard going nowhere.
Not often maintained
My UT Mapping works...
Learn the rules like a pro, so you can break them like an artist.
- Pablo Picasso -
Top
Post Reply
2 posts • Page 1 of 1